Bech Khlok is a small, very difficult to reach village in western Cambodia. As in many other remote villages, there is a considerable lack of clean drinking water in the village. The main sources of water for the villagers are artificial ponds or collected rainwater (only during the rainy season), as well as purchased drinking water. However, this is so expensive that it is unfortunately not an option for most families.

The water that is normally used for drinking, cooking or washing is usually highly contaminated with bacteria. As a result, children under the age of five in particular suffer from diarrhoea, are more often ill and are impaired in their physical and mental development.

To help solve this problem, Seed of small beginnings (Seed), our partner organisation, has started to provide access to clean drinking water. At the school in Bech Khlok, Seed built sanitary facilities in 2016 and installed rainwater tanks and three biosand water filters. In January 2018, Kleine Hilfsaktion e.V. supplied an additional 25 biosand water filters. But that’s not all. The families are obliged to take part in training sessions in which they are trained in dealing with the BSF, basic knowledge about hygiene and drinking water. Thanks to a generous donation from pupils of the Swiss primary school Clix, the wage costs of the project manager have already been covered and intensive and long-term supervision of the project has been guaranteed.

The next step will be to install rainwater tanks for all families so that they have sufficient clean water in their private homes. At present, they often have to use the water from remote and heavily polluted ponds for the filters during the dry season. This often blocks the filters and leads to unfiltered water being drunk again for a short time.

Most houses have a tin roof, which is a prerequisite for the installation of a rainwater tank. In the few houses with thatched roofs, the straw is replaced by sheet metal. In addition to this, rain gutters and water pipes will be installed on all houses. Finally, each tank needs a stable foundation before the rainwater tank can be installed and connected. The financing is provided by the Gymnasium am Neandertaler in Erkrath.

The water project in Bech Kloch was largely completed in September 2019. Water tanks were installed at 24 families and at the school.

The start of implementation of the project has been significantly delayed as there were delivery problems with the water tanks. Heang Ho drove to various cities to order water tanks, but there was an unexpected stop in production. After a long search and negotiations, tanks were found and first deliveries for the project could start in July.

The road conditions were extremely bad, which is why deliveries made difficult, time window exceeded and a financial overhead had to be paid.

The villagers have almost completely paid their share ($ 15 per family) to the water tanks. With the help of the construction company, the foundations for the tanks could be built quickly and effectively and tanks could be connected.

A family that was supposed to get a tank was not in Bech Kloch during the project phase. For financial reasons, they had to leave the village to work. Once the family returns to the village, further steps will be discussed.

The project goals were implemented except for the installation of the last tank. 24 families in Bech Kloch now have access to safe drinking water. 98 private individuals (many children and older people), 60 pupils and 18 kindergartners profit daily from the project.

The budget was not exceeded. € 1,076.33 could be saved. From these funds will be installed a sanitary area for the kindergarten children. This sanitary area consists of toilets, showers and washrooms. In addition, an initial equipment

All families with water tanks will visit once a month for the next three months. Families must pay for repairs themselves, or submit further applications to Seed – Small Beginnings.

Other families from the village have shown clear interest in the project. You also want to get water tanks and biosandline filters. A list will be created to facilitate a possible community assessment.

Another possible step for the village of Bech Kloch would be the construction of sanitary facilities for families, as there are no facilities in the village, apart from the school facilities.

Before the project starts 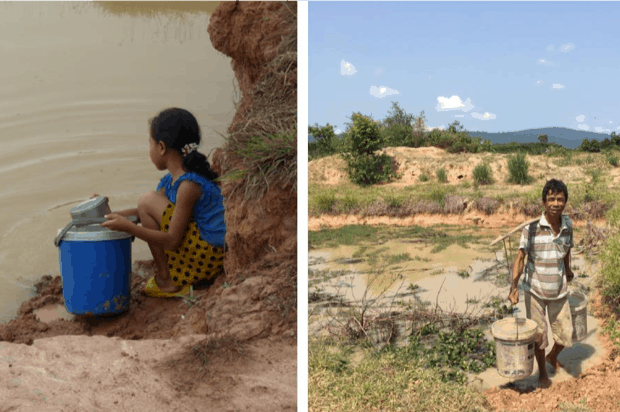 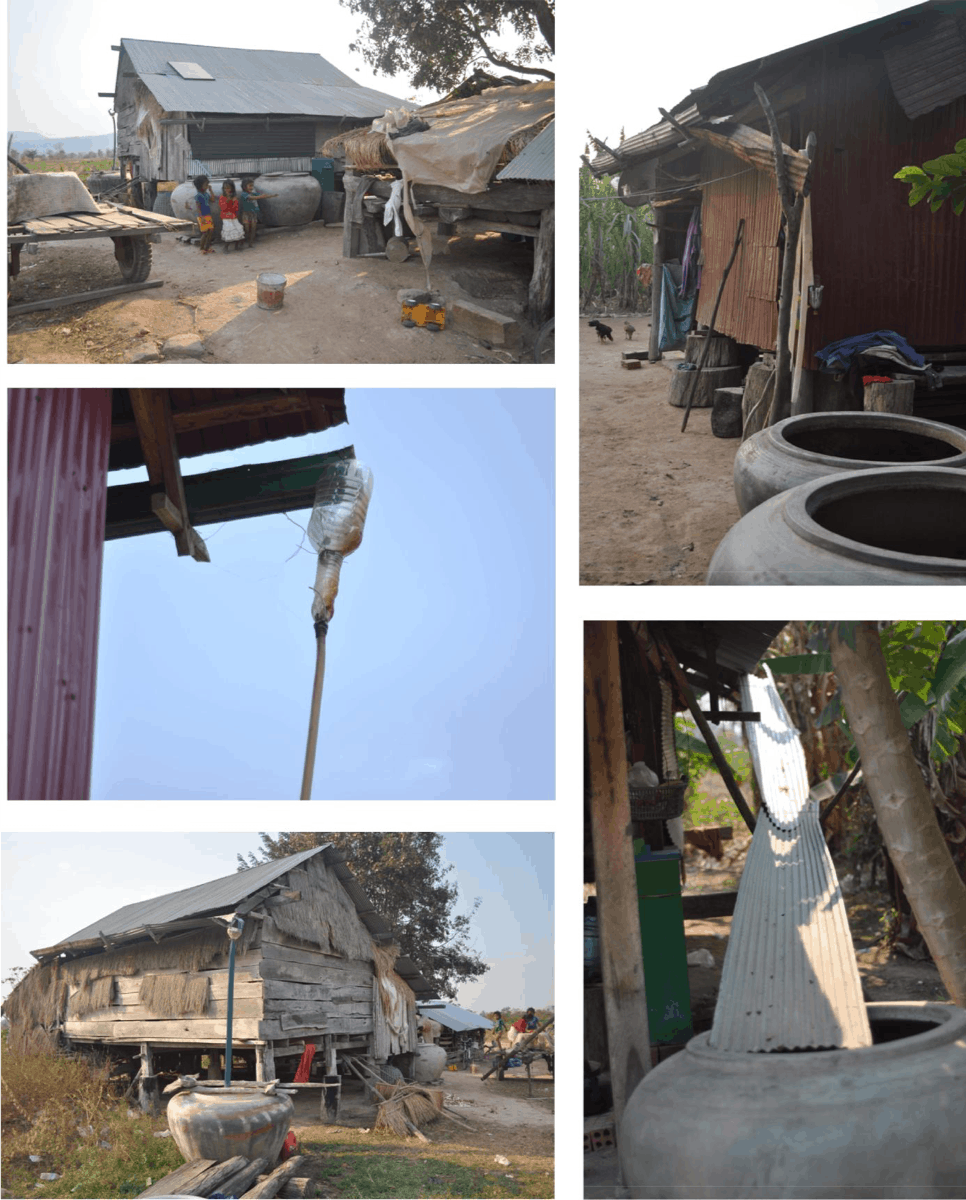 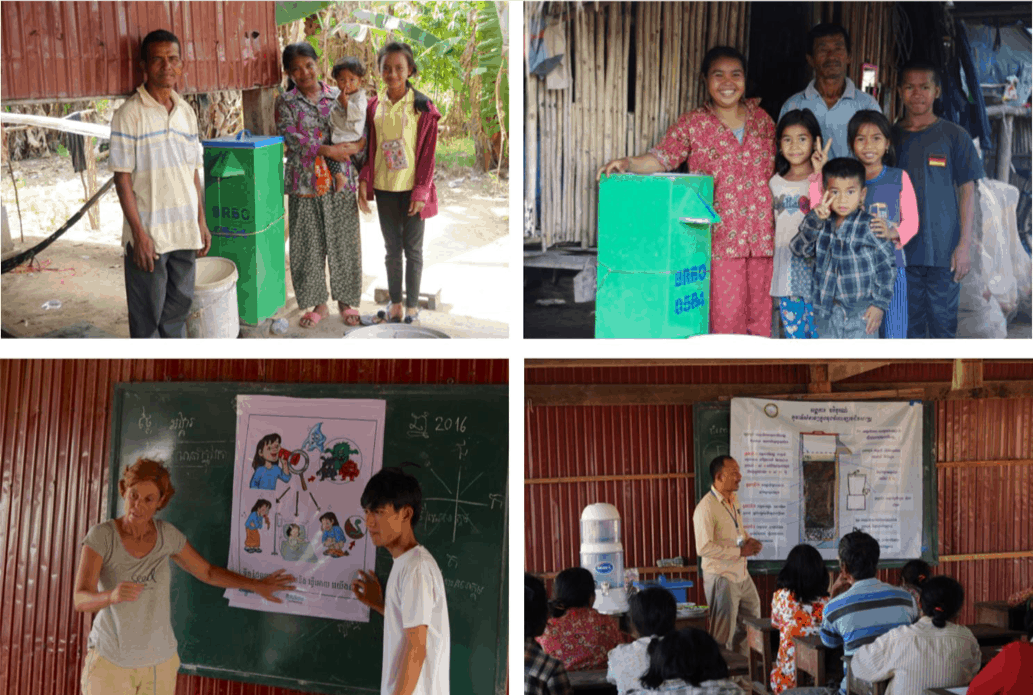 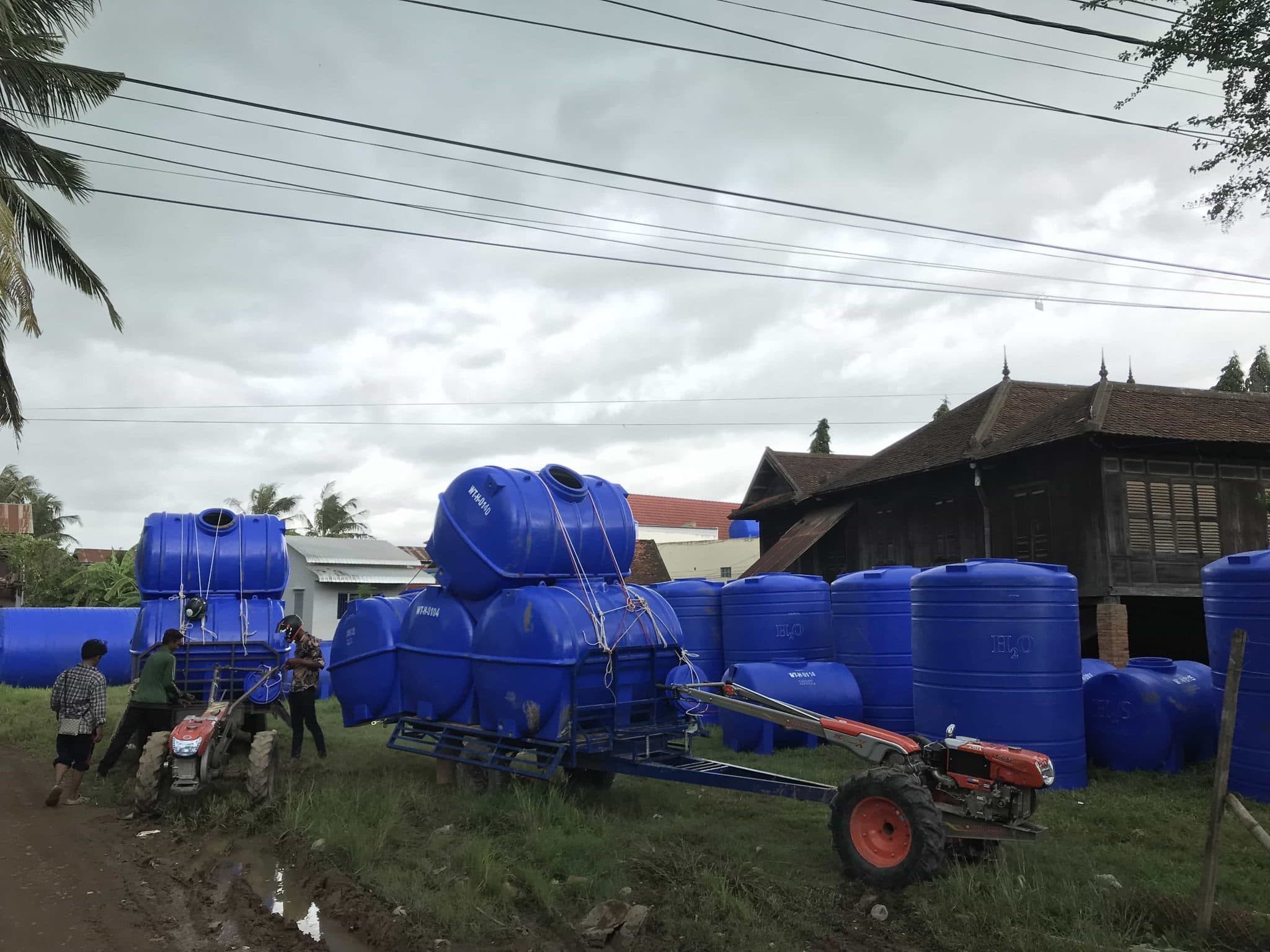 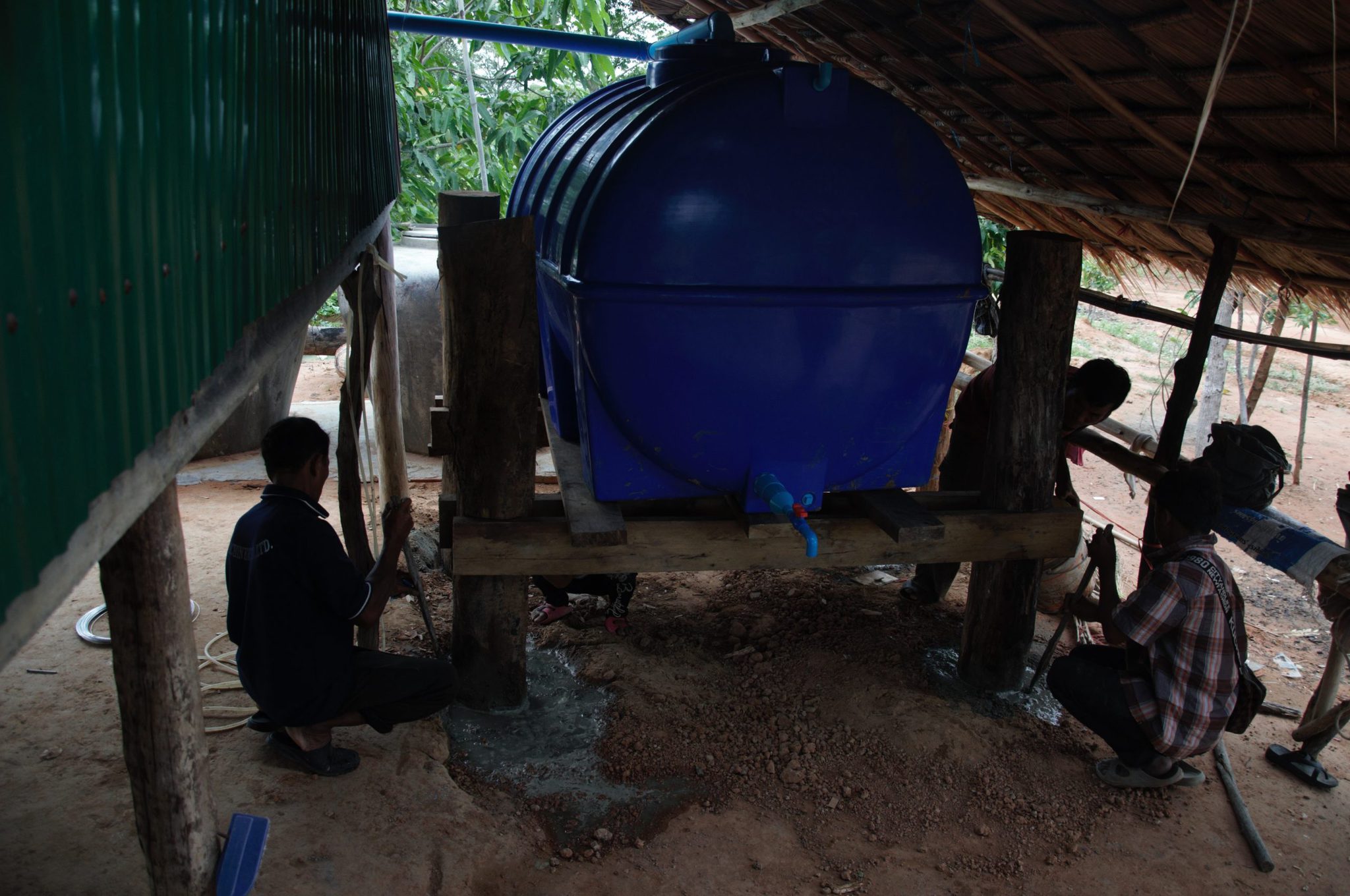 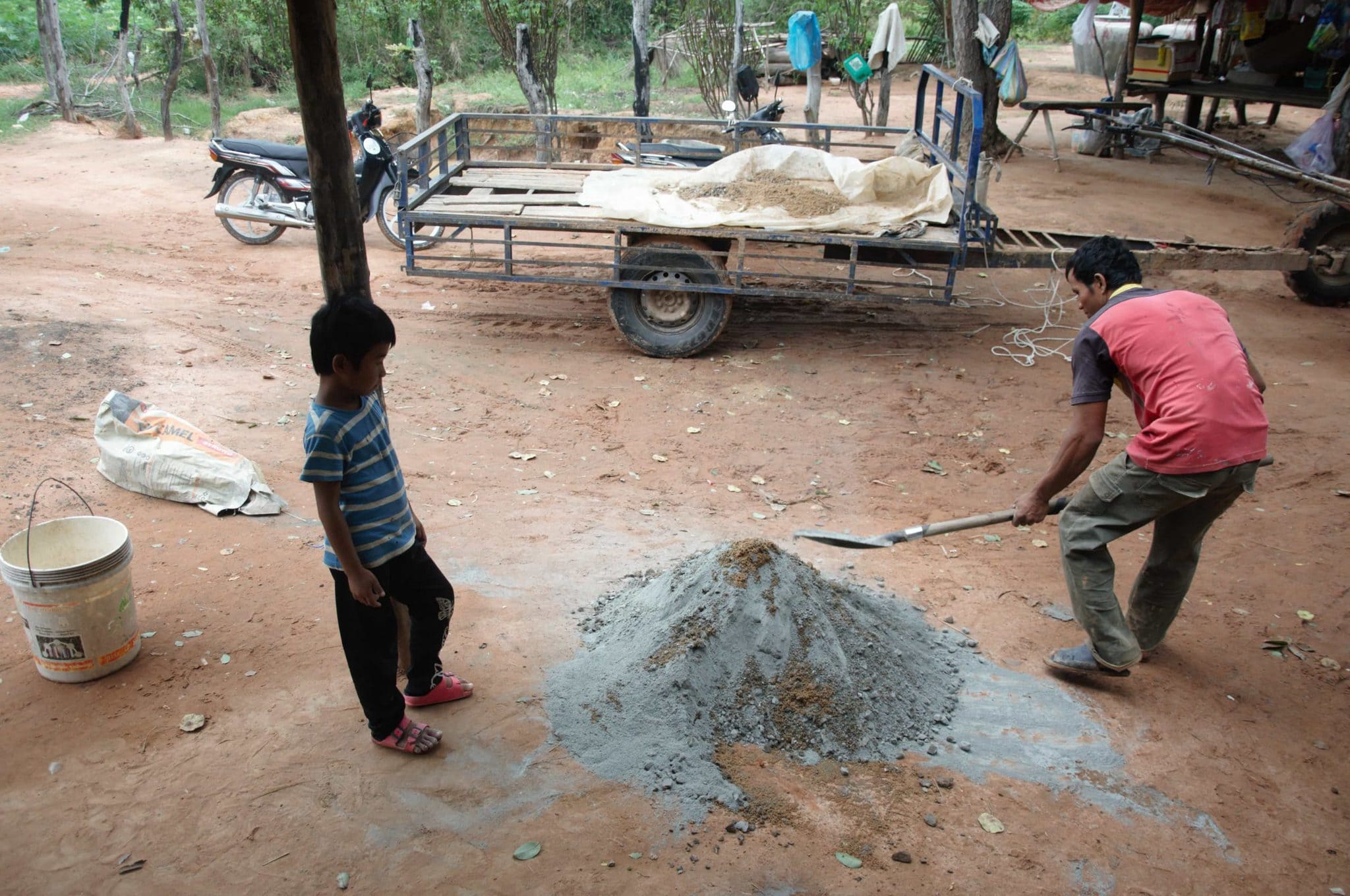 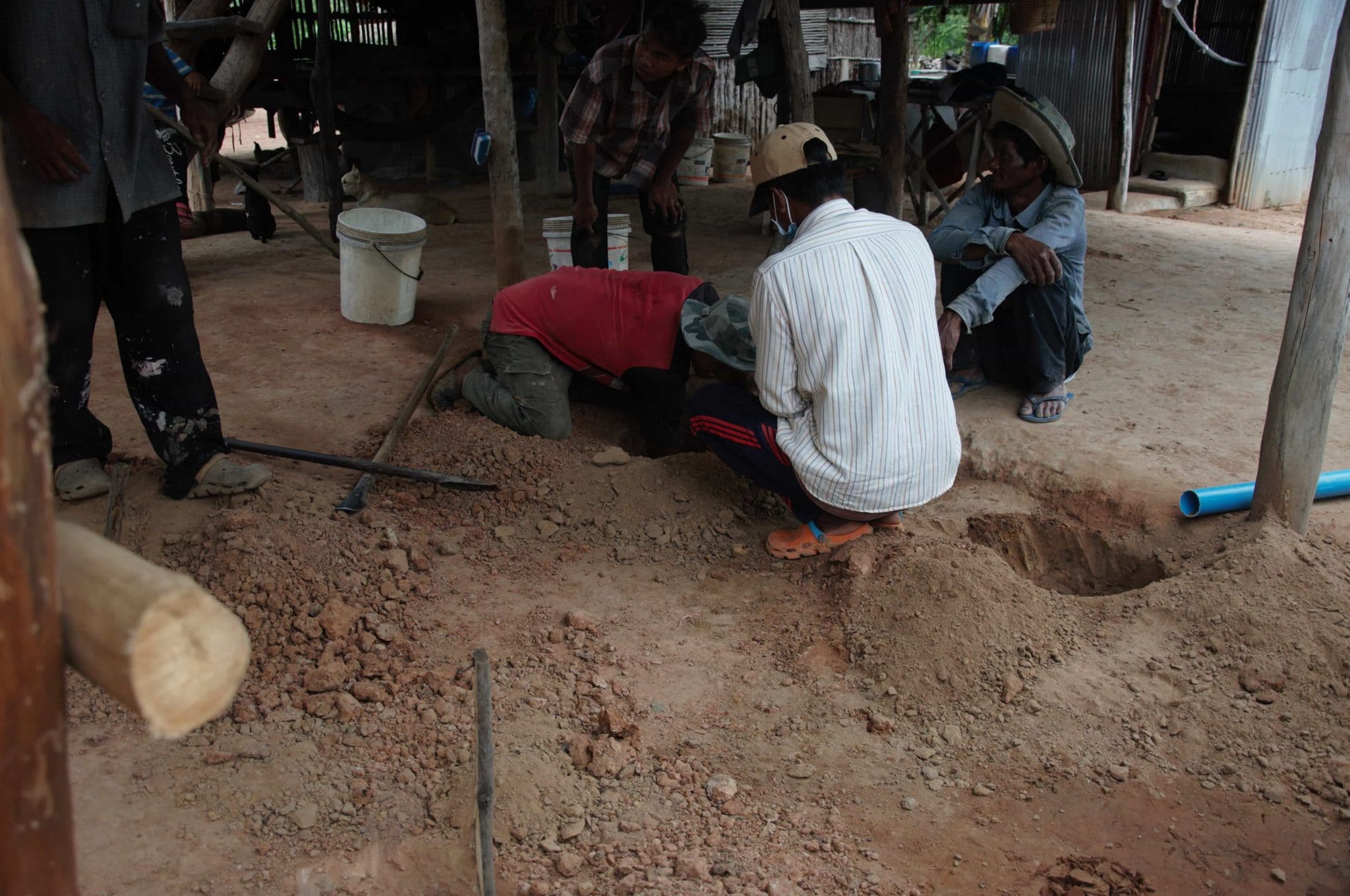 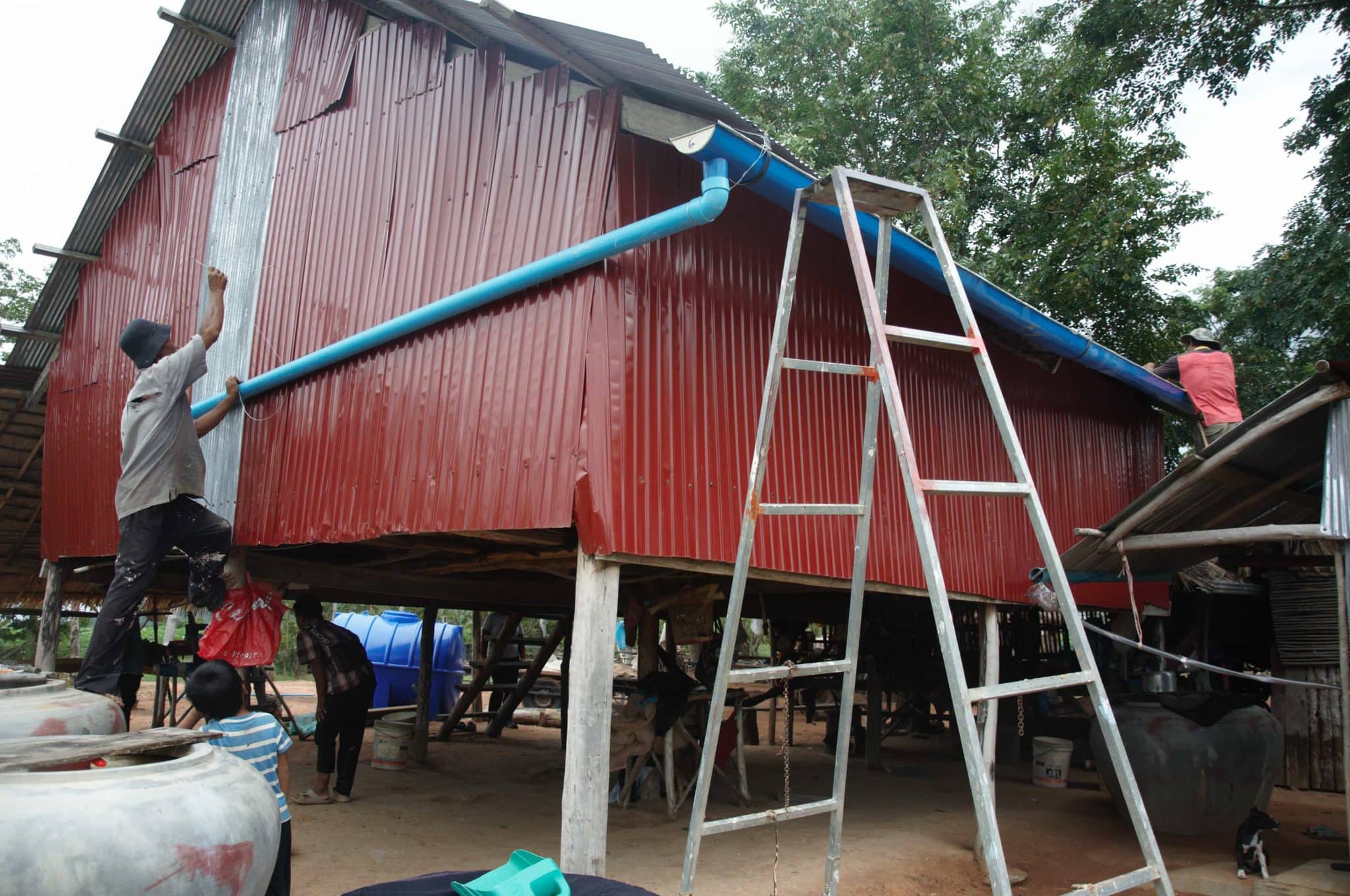 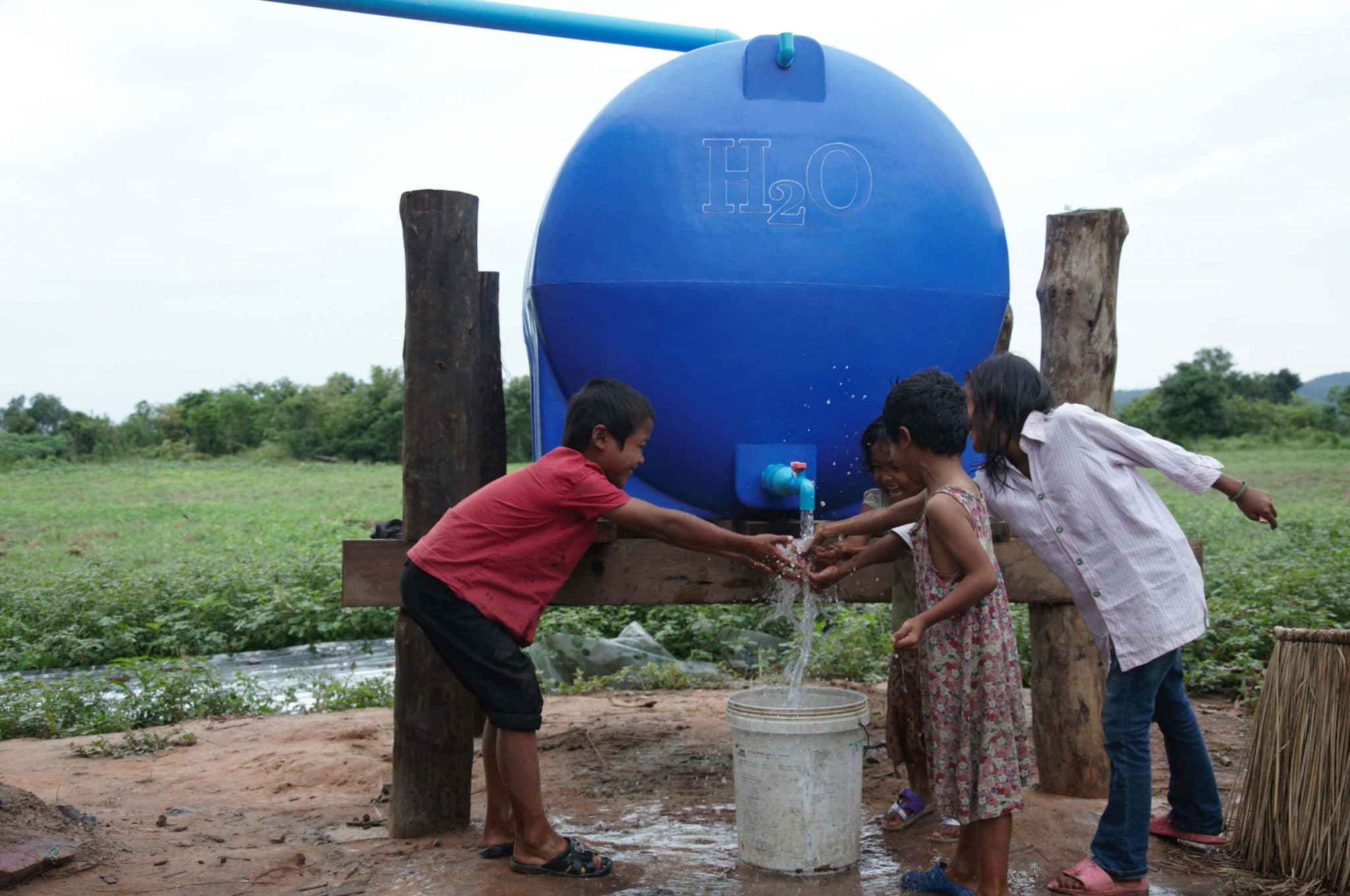 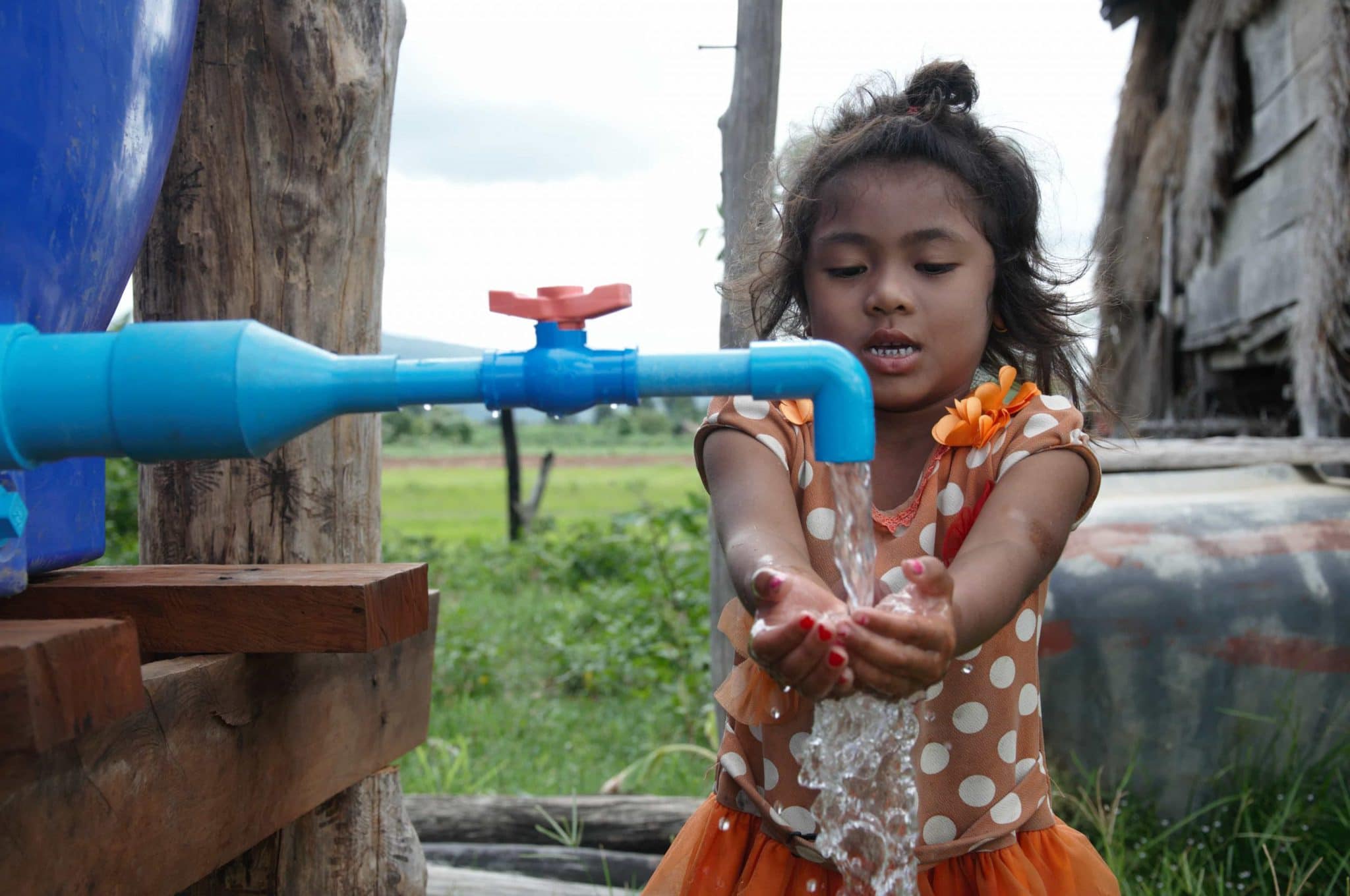 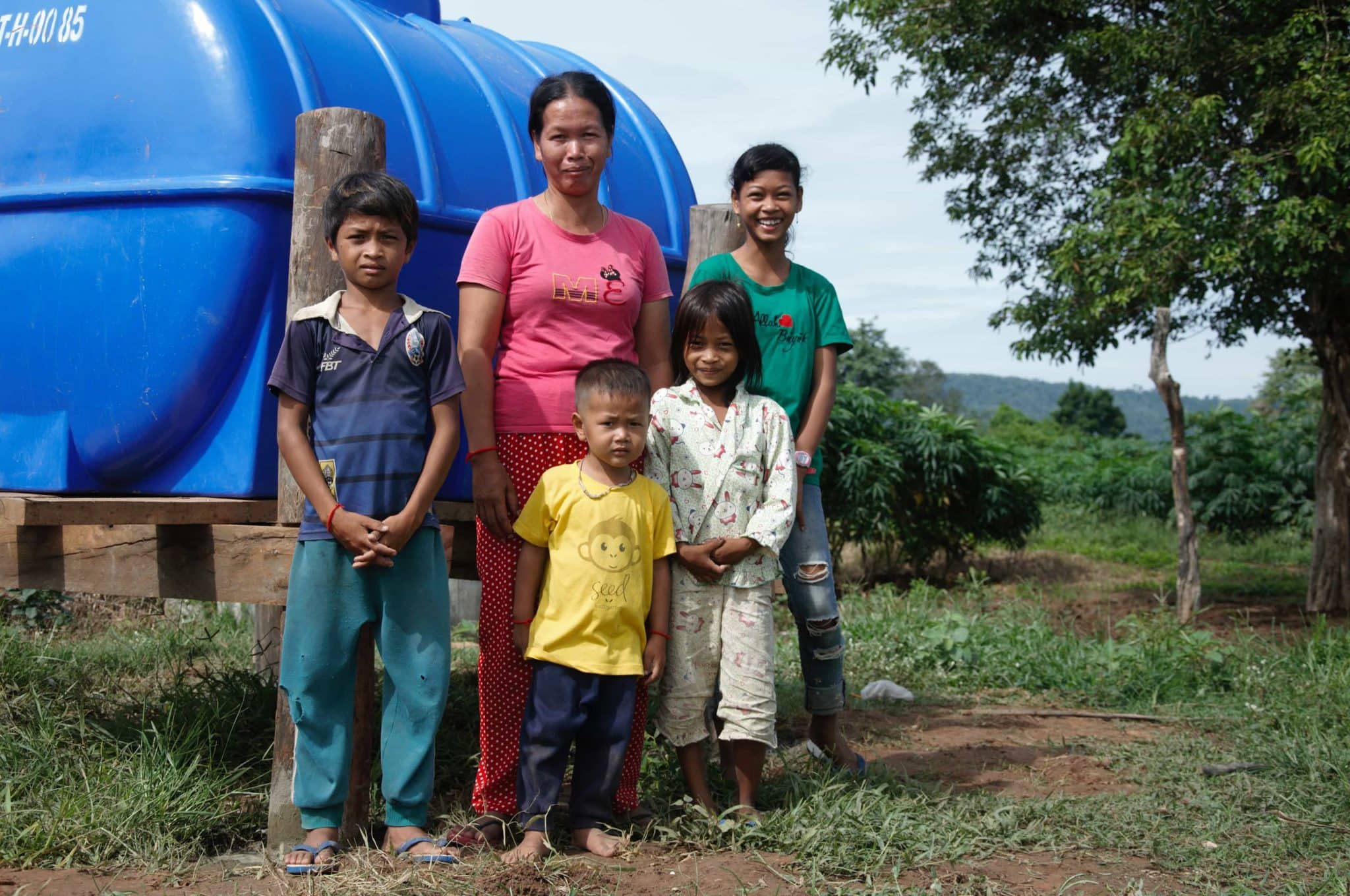 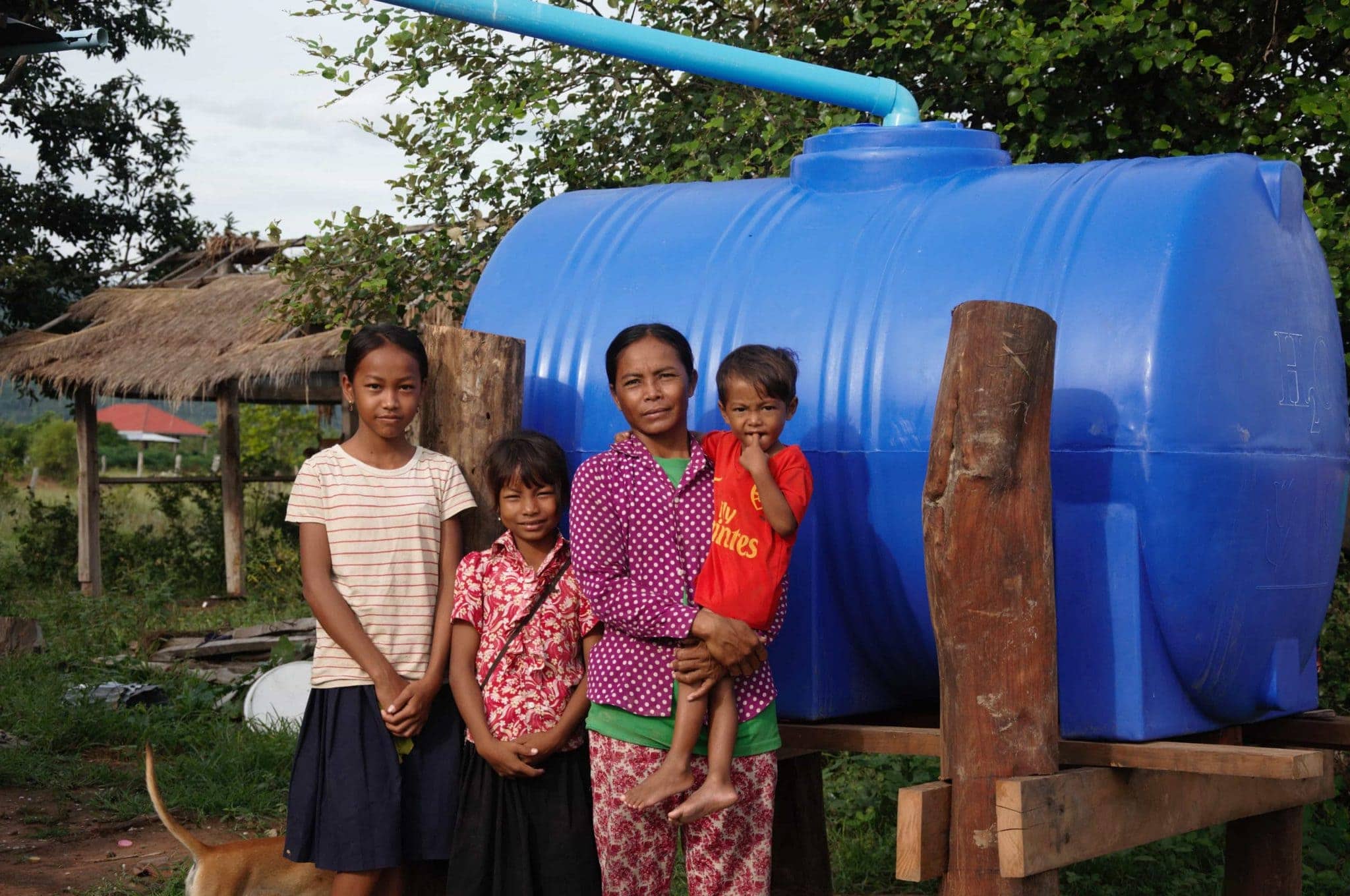