Young man paralyzed by an accident at work in Thailand

This is a 26-year-old “boy”. 5 years ago he tried to earn a living for himself and his mother as a guest worker on a construction site in Thailand. He fell off the scaffolding. Since then he has been lying in a hut with his mother, paraplegic. They are indescribably poor. The hut is incredibly simple, does not belong to them and stands, tolerated, on the property of another family. They live off of other family members or neighbours or someone that brings them something to eat. We have already become aware of the boy and his fate and our team with Nadine, Dirk Boerner and Michael Jäger had already taken care of him and since then we support him and his mother with € 50,- per month for rice, bandages and the most necessary things.

But now he has been lying on the same spot for five years, he goes to the toilet by means of a hole in the floor of the sparse hut, which is partly filled with plastic bags at the sides, where you can look through the floor, a simple wooden crate, which is not only not handicapped accessible. It stinks, it is in an unacceptable hygienic condition, I spare you any further description.

In the past we have already been working hard to get him into a rehabilitation centre, but it has always failed because of his consent and his mother’s. Too big is the fear that when having returned this wooden shack could no longer be there, etc…

I took a new attempt and apparently at the right moment I chose the right words with the right emphasis. After a conversation that Mr. Bong translated simultaneously, we managed to get him and his mother to agree to be admitted to a rehabilitation centre. When you stand in front of this young man in this situation, kneel in this hut and realize, he is doing it, he really agrees, you really realize how important our work is.

The next day we find a rehabilitation center in Battambang, organize a place for him there immediately and plan the transport for the next day from Banan to Battambang. We pick him up with the ambulance. He has lingered in a lying position for five years – sitting upright is not an option. His legs and hips are already stiffened. The stay in the rehabilitation centre, which can last up to a year, is all the longer and more intensive. The staff, as well as he himself, will work hard to achieve the greatest possible success and to regain maximum mobility. We will accompany him and observe his progress.

News from the Rehabilitation Clinic Battambang

Original email from David Emery: „He can move his left foot! I could not believe it when Veasna and I went to see him, but  it is true! He looks wonderful and positive and says thanks to you all for the help!“ 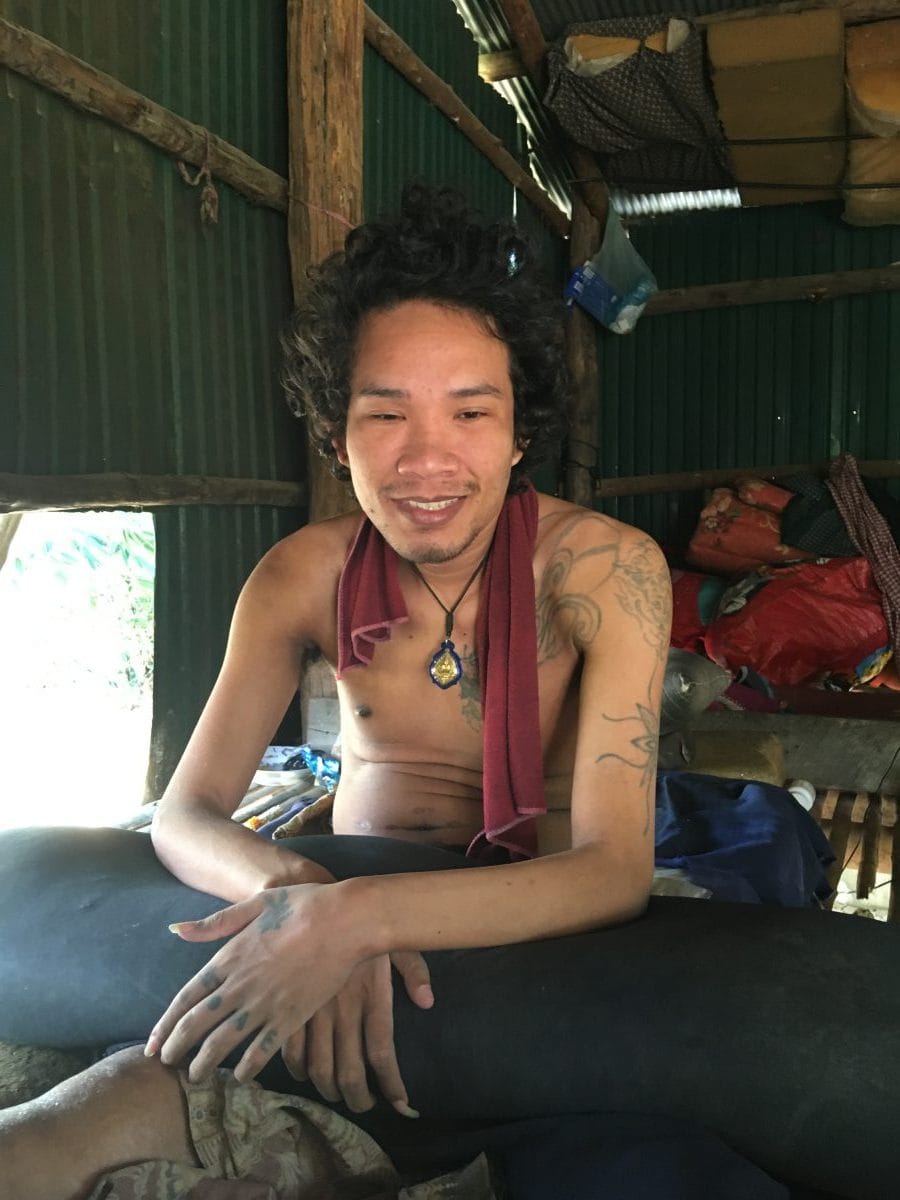 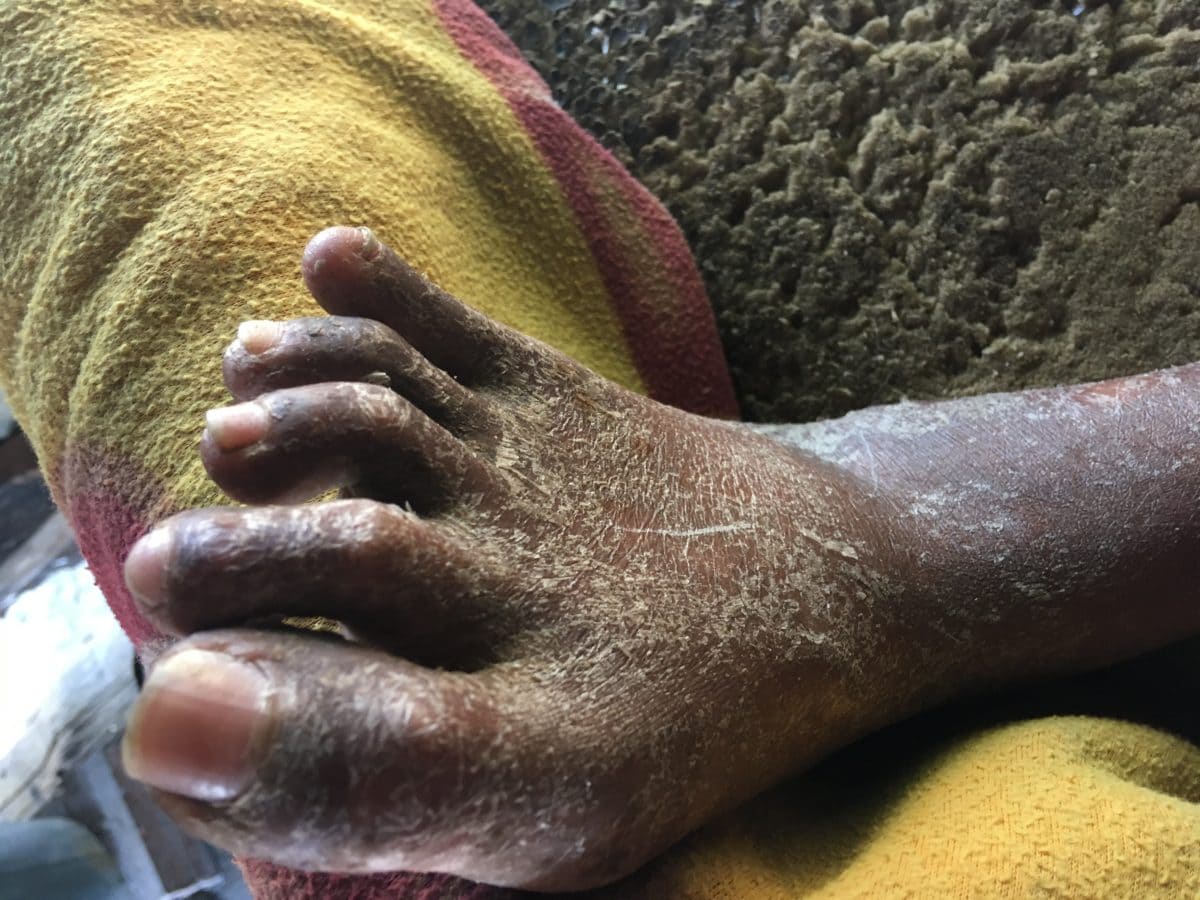 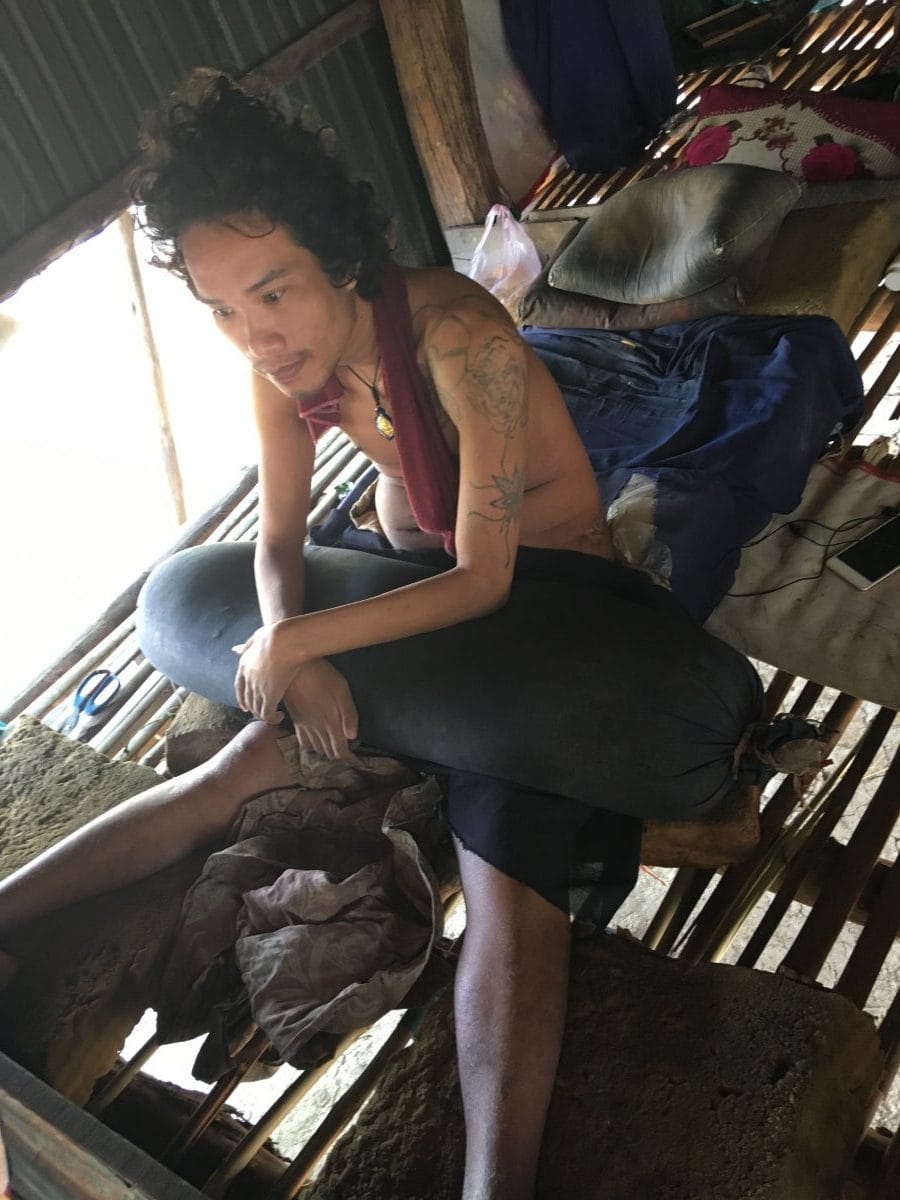 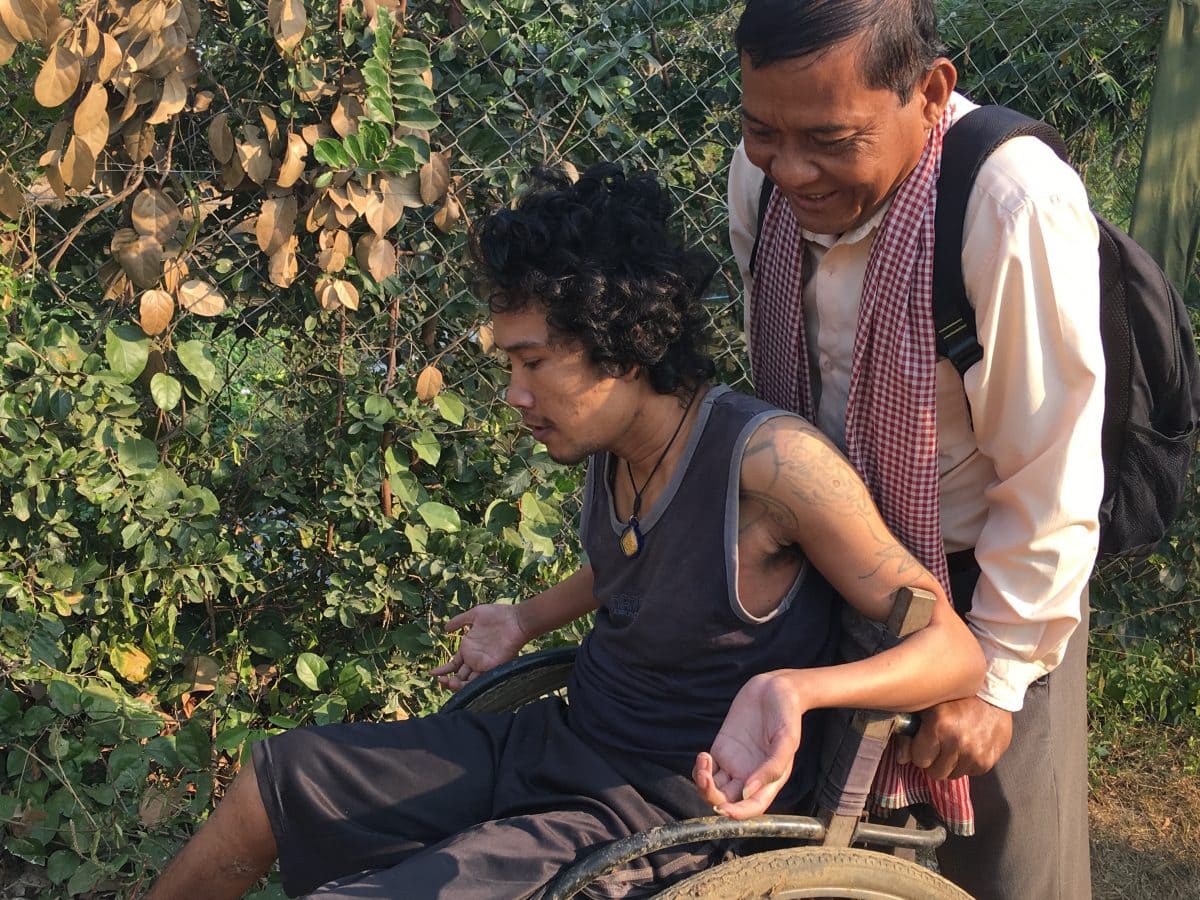 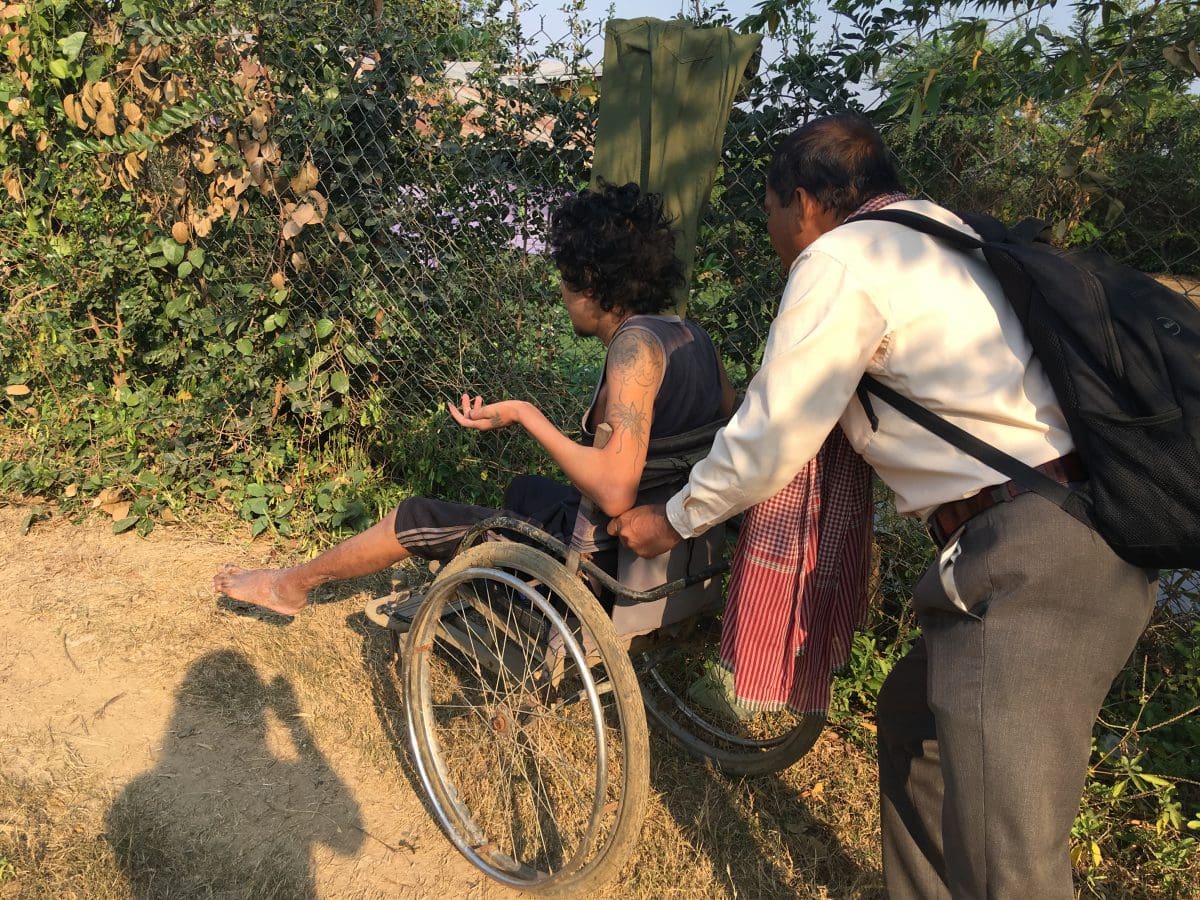 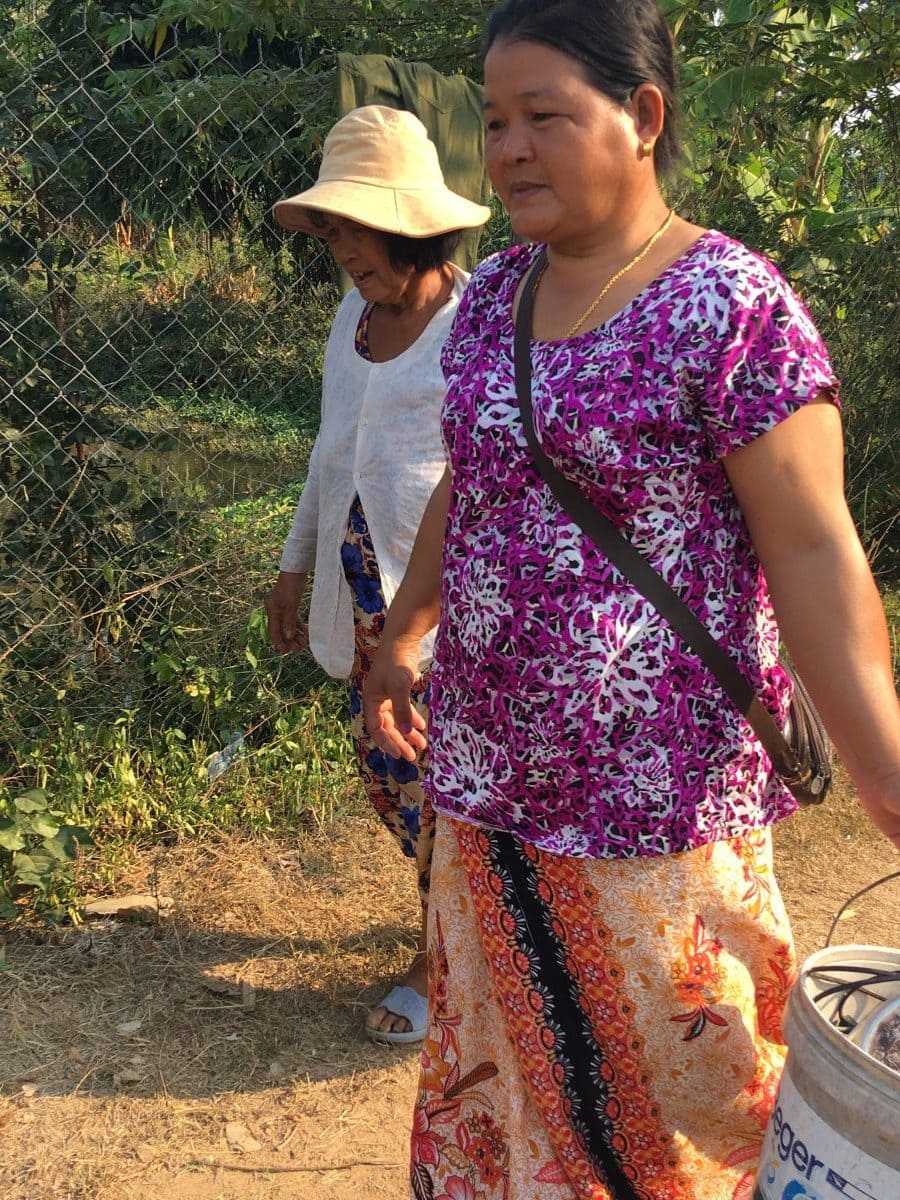 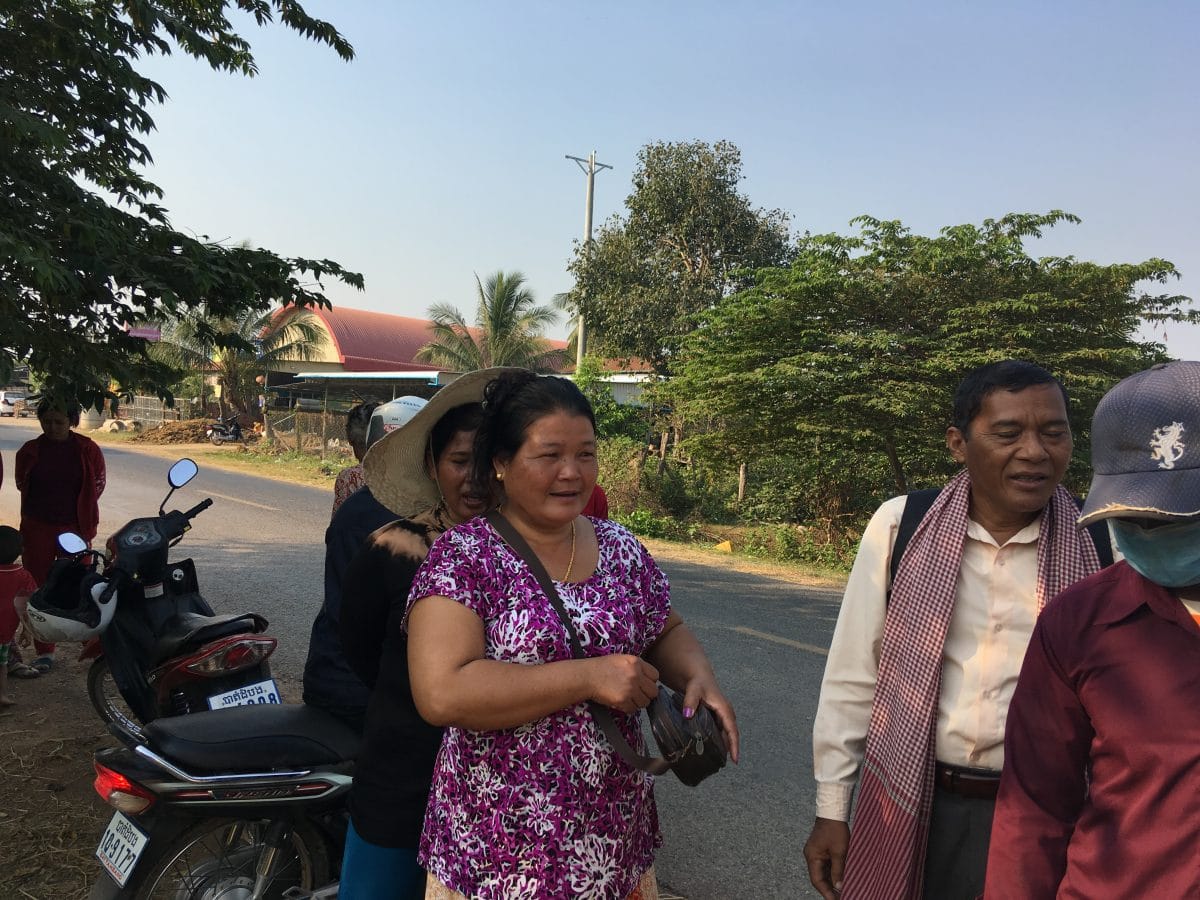 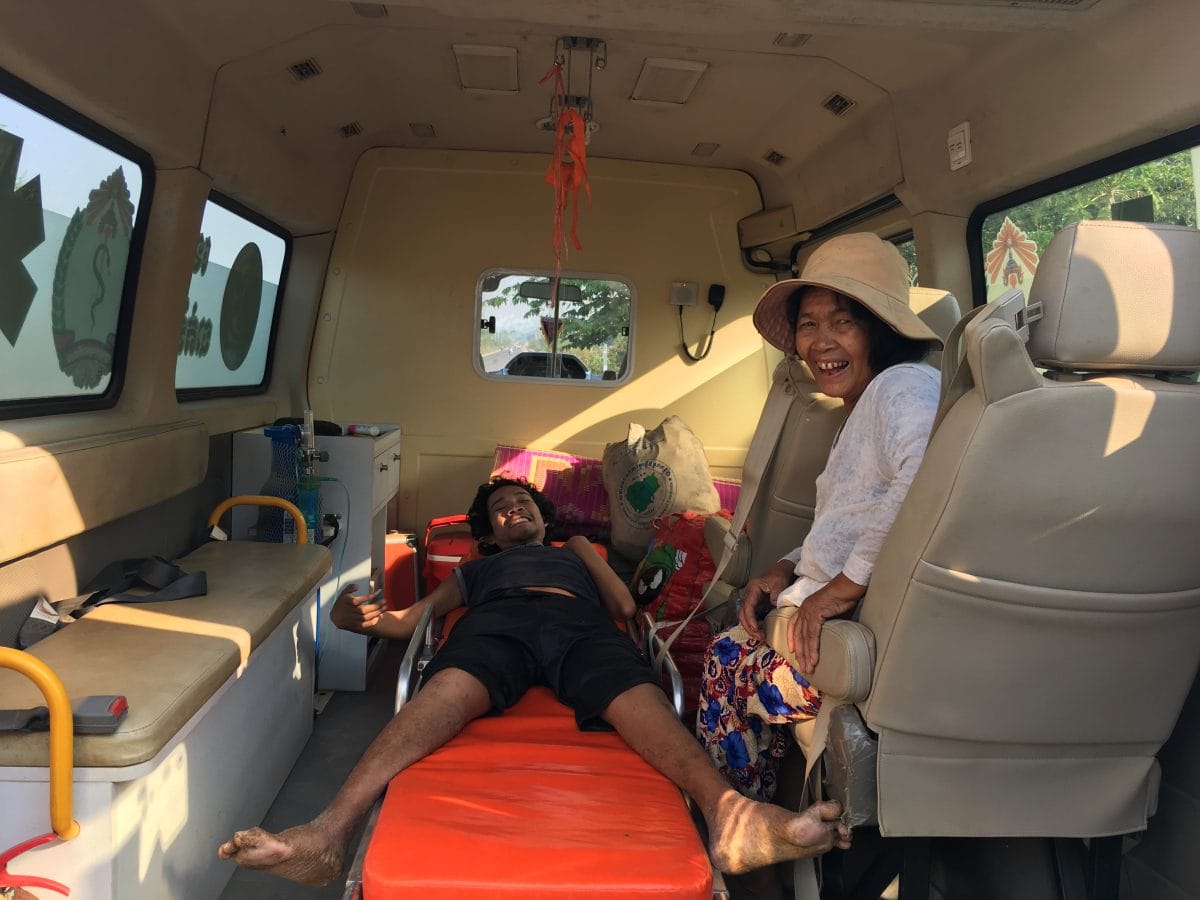 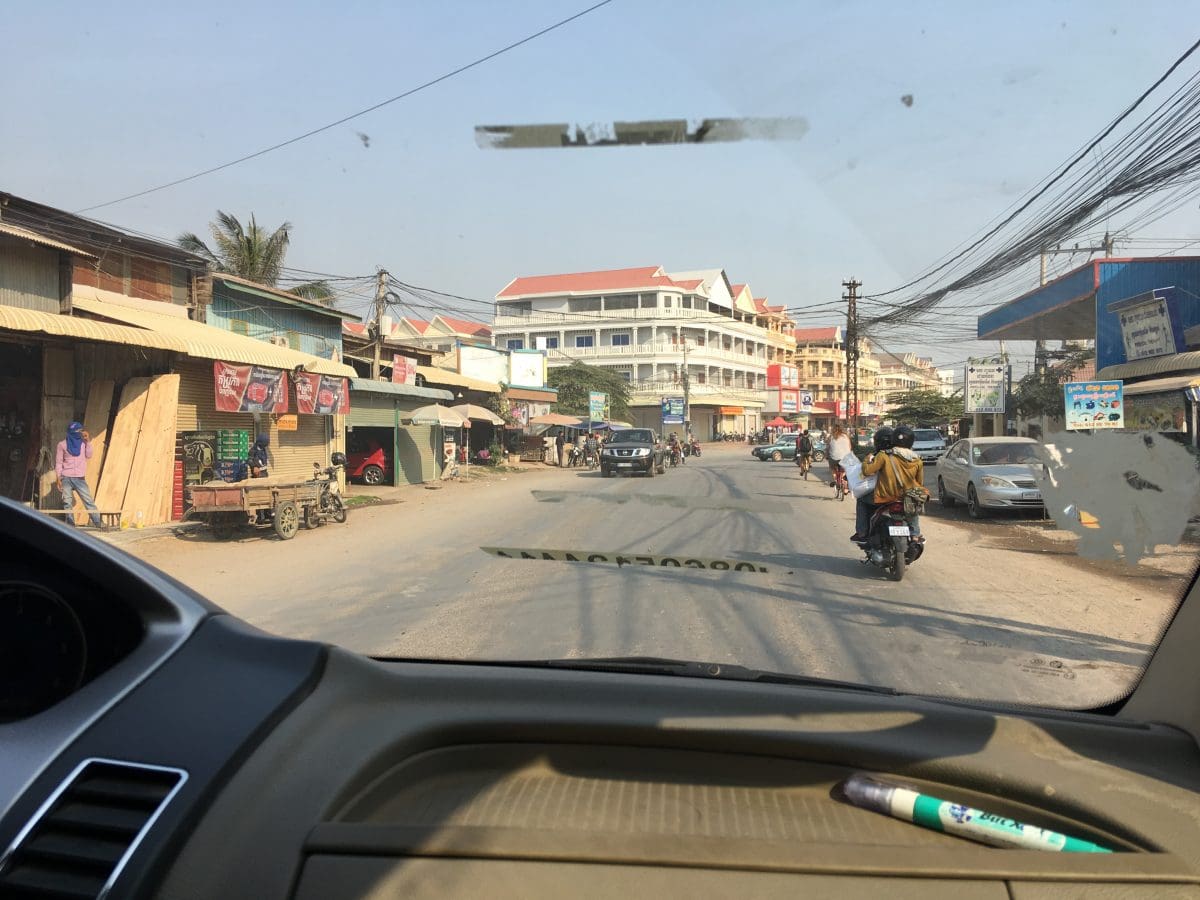 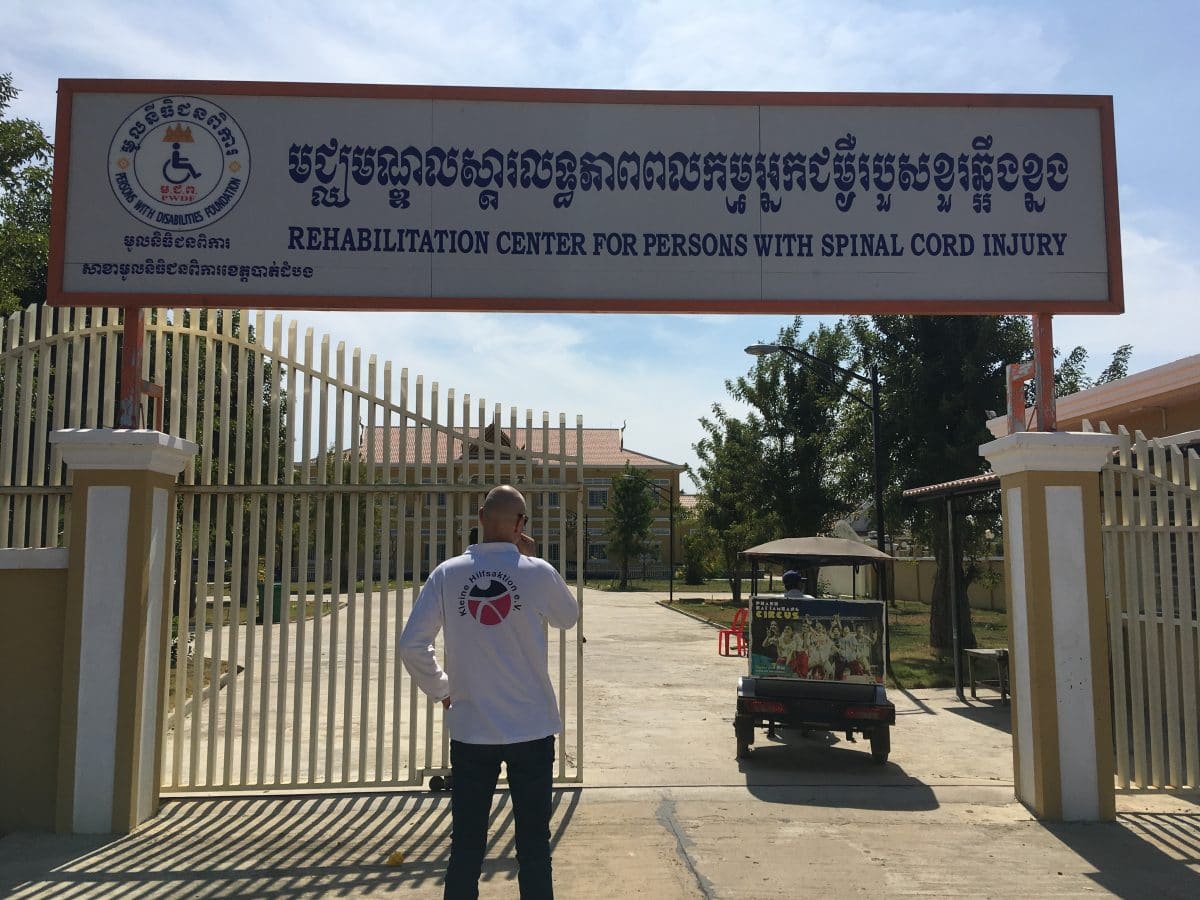 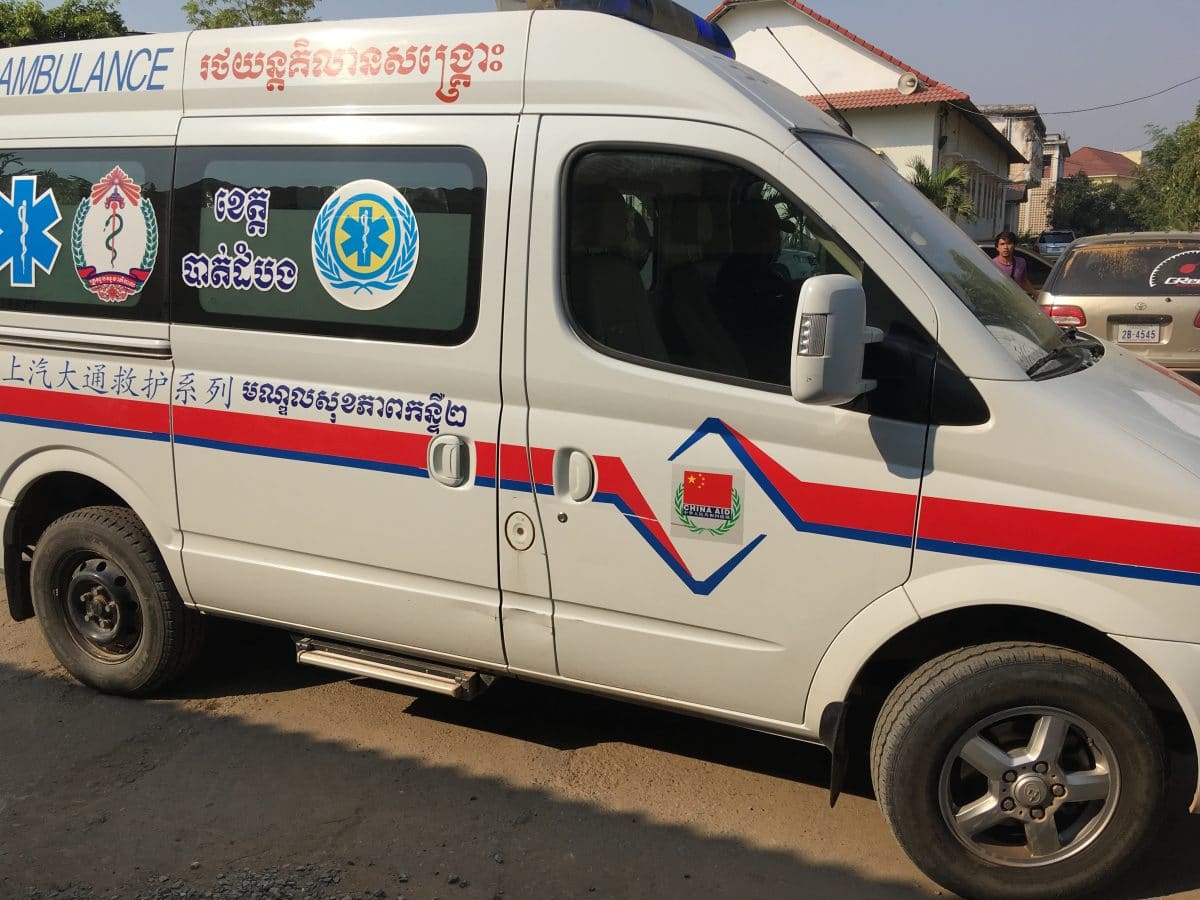 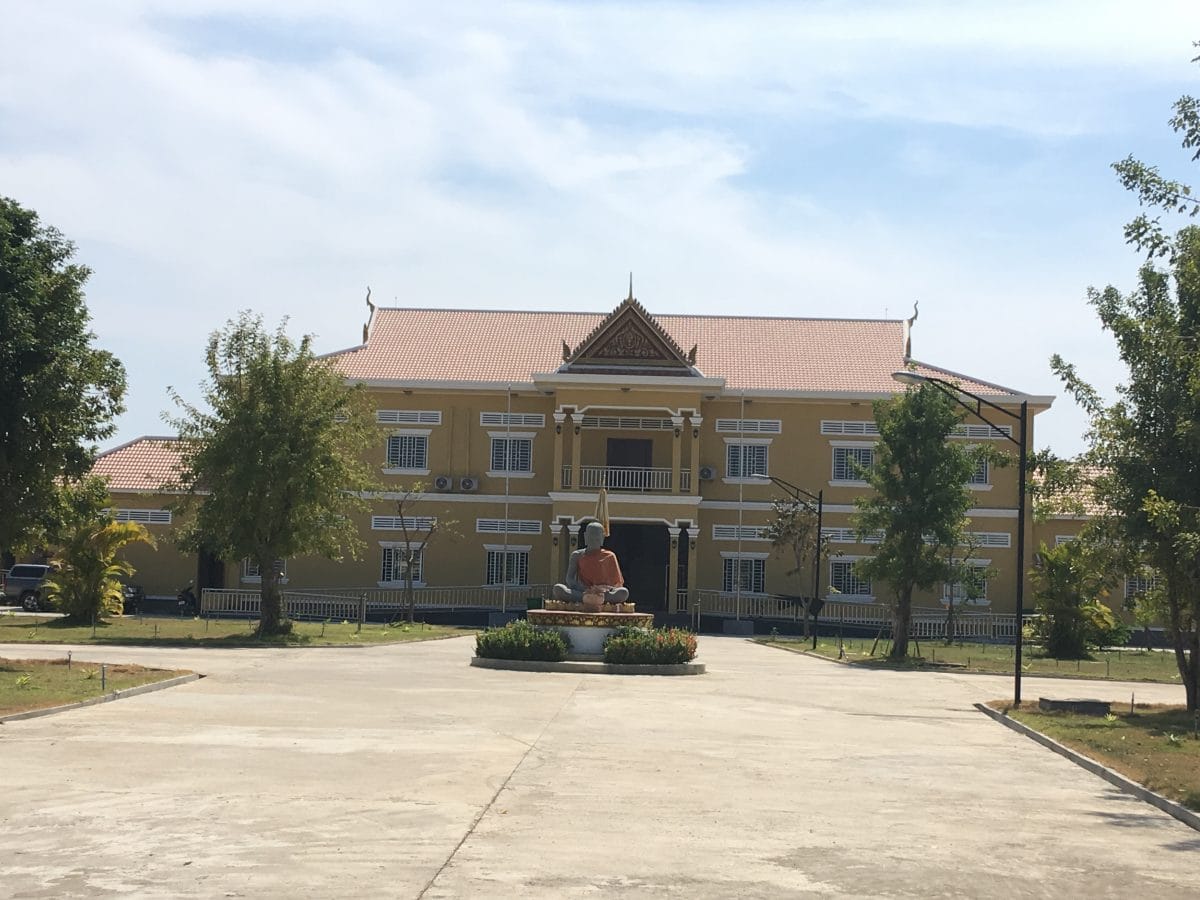 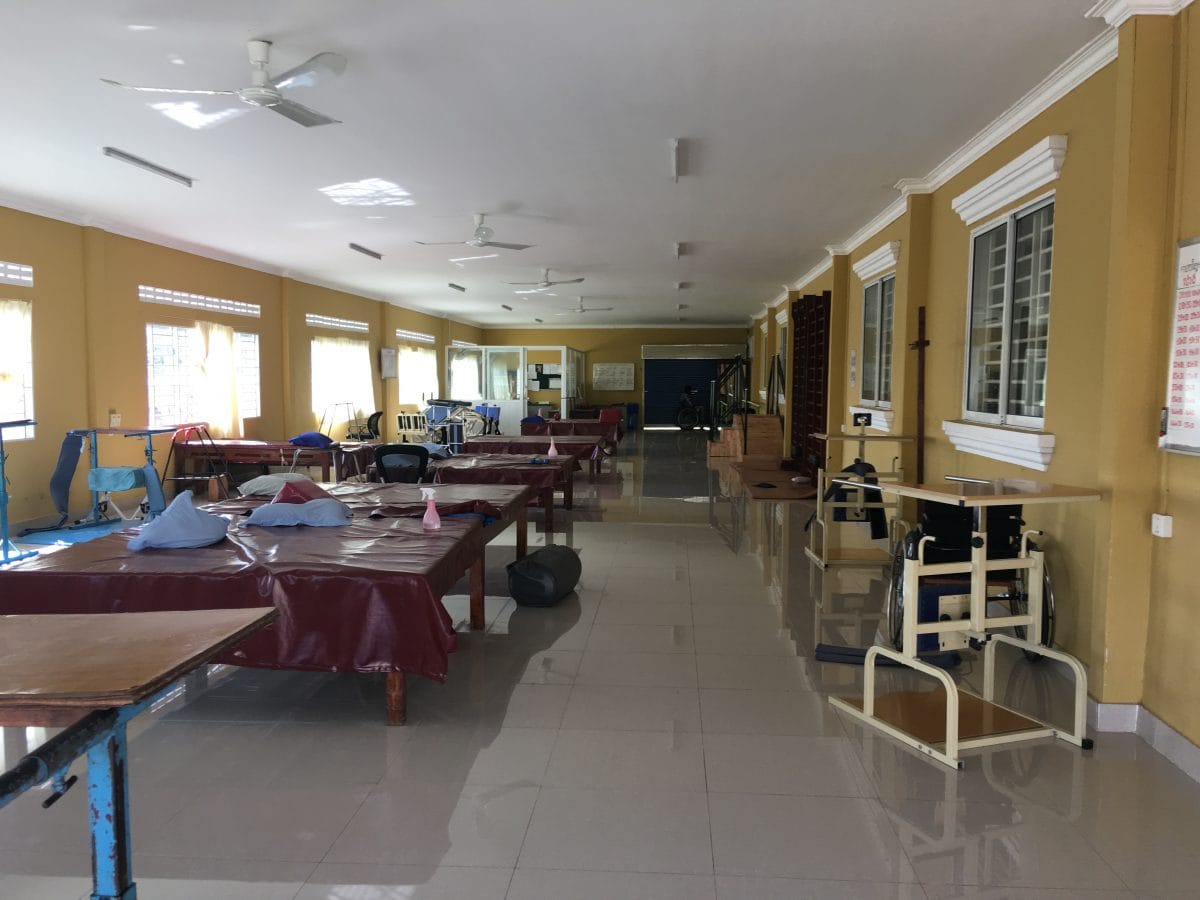