This is how we came about…

What does a motorcycle professional do in winter? … he helps people who have completely different worries than freedom from sloping positions, tire warmers and the choice of the right chrome accessories. How did a development aid organisation come into being? Friends of Kerstin and Roland had had two godchildren in Cambodia for 2 years. Every year you pay € 150, – for a school sponsorship and receive the obligatory letters, pictures, etc.. When they pack their backpacks together in spring 2007 and set off for Cambodia, they really only wanted to answer one question: Are the two godchildren only bank accounts or are they real? An exciting journey with a life-saving outcome for many people awaits them. Having arrived in Cambodia, they travelled to the remotest corners of the country, on their own initiative. The positive surprise was worth this effort. At the time of the arrival, the two children are sitting in a classroom, learning English as if it were staged, even though no one knew of the visit. One thing became clear immediately. Kerstin and Roland wanted to help and do their utmost to reduce the enormous infant mortality rate (up to 50% of children die in some rural areas of the north before they can live to be 5 years old) and to provide as many people as possible with access to education and drinking water, the only way to a better future. So they began to tell friends, acquaintances, relatives and neighbours about their experiences and plans. Transparency, honesty and trust are paramount. “We don’t just want to tell our daughter how to behave socially, we want to set an example for her,” they say. … with success. Already in the first year people entrust ,200 dollars to them, enough for the first 13 projects. The two pay for the flight, overnight stay and meals themselves, so that as much of the donated money as possible actually arrives at the projects. In the second year it is already $ 10.100, – (31 projects) and in the third year $ 14.250, – (41 projects). Now in June 2010 an association will be founded, with 13 founding members and the name that describes the beginning: kleine Hilfaktion e. V.. Of course, it is recognized as a non-profit organization and is managed by Roland and his wife in the management and on board of directors.

Roland Debschütz, former motorcycle racer and social specialist. He earns his money as an instructor for racing schools, perfection and safety training courses and is probably one of the most experienced race taxi drivers in Europe. As an importer of the duo-drive, he takes special care of the interests of motorcyclists, who like to enjoy their hobby as a couple. His second passion is travelling, for professional reasons he likes to travel during winter here. His wife Kerstin Debschütz also shares both passions. She is also a professional on two wheels and earns her money as a driving instructor (focus on motorcycles) and as an instructor of various safety trainings.

Today, the Kleine Hilfsaktion has 430 members and has already collected about € 200,000.00 in the last two years each, runs a school for 269 poor children, a kindergarten and continues to help countless people every year in so-called emergency projects. Between 2011 and 2013 alone, there were around 70 such emergency projects in which life and death of the affected persons/families are often at stake. Short decision-making processes and unbureaucratic assistance are the hallmarks of our work. One of the tasks of Kerstin & Roland is also to encourage you to support our work with a membership (€ 5, -/month or more) or a donation. Please join in and help us to help! 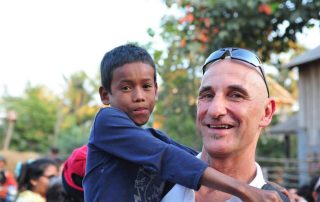 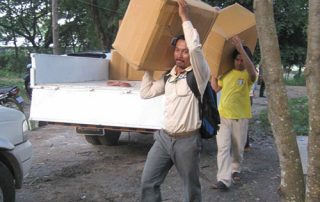 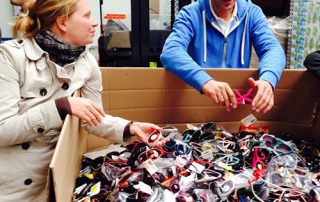 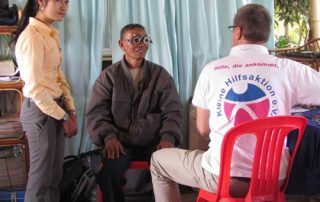 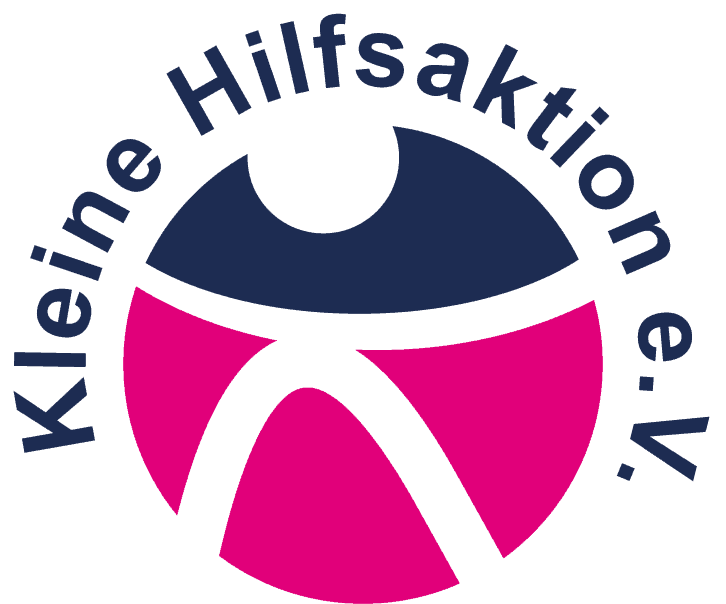